I have training in plant pathology; and during my thirty-eight years of service at North Carolina State University (NCSU), I taught courses and conducted research relative to plants and their disease organisms, mostly fungi. 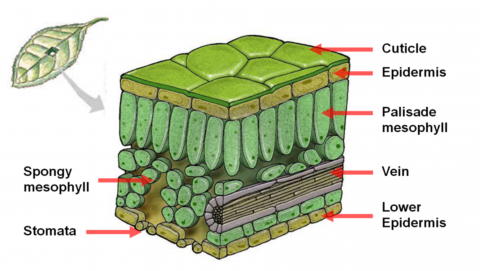 Miracle of the Cell (Discovery Institute Press, 2020) 1 is the most recent in a series of books on evolution and intelligent design by Michael Denton.2 ,3 ,4 Denton is best known for his books Evolution: A Theory in Crisis and Nature’s Destiny. Denton holds a PhD in biochemistry and is also a medical doctor. He grew up in England but has also lived and worked in Canada, New Zealand, and Australia. He is a Senior Fellow at the Discovery Institute’s Center for Science and Culture. Many of the leading proponents of the intelligent design movement, including Michael Behe and Philip Johnson, have said Denton inspired their work.

I will begin this article by asking several questions, then present examples of this marvelous Kingdom, and then finish with my conclusions relative to these questions.

Nowadays it is hard to escape the constant media bombardment of dire predictions for life on earth if human beings don't radically curtail the use of fossil fuels. 1

I was recently asked to speak on creation in my Sunday school class. TASC had been helping organize the recent Origins Truth conference at the time, so I decided it might be encouraging to share something about the lives and work of two of the invited speakers for the conference: John Sanford and Russ Humphreys. I then added three more scientists: Matti Leisola, James Tour, and our very own Gerald Van Dyke to the talk. Each of these scientists has a unique story and has given glory to God through their life and research. Here, I share the essence of that presentation.

The greatest challenge for evolutionary biology is to account for the information found in codes in DNA, RNA, proteins, and more recently in the epigenome. 1