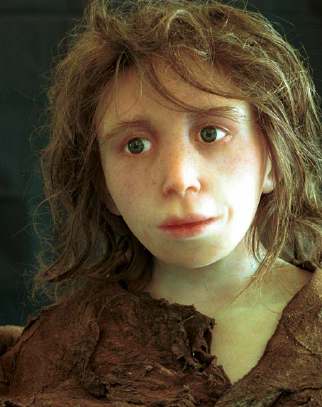 The identity of the Neanderthals is a hotly debated question in anthropological circles nowadays. The question is whether Neanderthals and Homo sapiens interbred. Even in the church, the question of whether the Neanderthals were the descendants of Adam and Noah or genetically and spiritually separate species continues between young earth and progressive creationists. For those who take the scriptures in a straight-forward manner, the Neanderthals must have been a fully human post Flood people, whose unique morphological traits were erased through interbreeding with our ancestors.

There have been primarily two schools of thought on the origin of Homo sapiens in evolutionary anthropology: the Out of Africa Model and the Regional Continuity Model. The Out of Africa Model (also called the Replacement Model) says that archaic hominids (pre Homo sapiens) emerged from Africa several hundred thousand years ago and spread into Europe and Asia. The Neanderthals were allegedly one of the archaic groups that spread primarily into Europe. Then about 50,000 years ago, modern humans emerged from Africa. Modern humans, allegedly being intellectually superior, eventually beat out the Neanderthals for the limited resources and drove them into extinction. In this view, Homo sapiens and Homo neanderthalis were separate species that did not interbreed. Their last common ancestor lived close to a million years ago. In the Regional Continuity Model, archaic hominids emerged from Africa and spread throughout Eurasia. The various semi-isolated groups interbred enough to maintain a common gene pool. In this view, the Neanderthals, dubbed Homo sapiens neanderthalis, and Homo sapiens sapiens were subspecies that evolved via natural selection. Paleoanthropologist Erik Trinkaus has said the strict positions of these models are easily refuted with the available data. He instead advances the Assimilation Model, which is similar to the Out of Africa Model accompanied by absorption of archaic hominids (e.g., Neanderthals) through interbreeding in various regions. 1  This model holds various archaic hominids were absorbed into the common human gene pool.

Among the defining anatomical traits of the Neanderthals were an occipital bun, a protuberance found at the base of the skull, and a lower sloping forehead. On average Neanderthals were shorter but stockier than moderns, had larger brains, and were stronger. It is believed they were primarily carnivores who sometimes hunted their prey at close quarters (wrestled with them).

Those who hold that the Neanderthals were a different species than Homo sapiens point to differences between the mitochondrial DNA (mtDNA) of Neanderthals and modern humans. The differences allegedly demonstrate that there was no contribution by the Neanderthals to modern human mtDNA, or in other words there was no interbreeding. 2  These conclusions were based on the assumptions that mtDNA came exclusively through the maternal line and that differences between the two lineages were caused by genetic drift since the last common ancestor. The rate of drift can presumably be calculated, and then dates for the last common ancestor can be estimated. Based on these assumptions, the last common ancestor for modern humans and Neanderthals was hundreds of thousands of years before the era when modern humans and Neanderthals lived side by side in Europe (some 50,000 years ago), hence no interbreeding. However, there is now evidence that changes in mtDNA can arise through recombination from paternal inheritance, raising questions over the use of mtDNA as an evolutionary clock. 3 ,4  Moreover, an archaic human called Mungo Man 5  from Australia, who was anatomically the same as modern humans and hence is classified as Homo sapiens, had mtDNA which also suggests (based on evolutionary assumptions) reproductive isolation from modern humans. 6  Hence the meaning of the differences in the mtDNA of Neanderthals and modern humans is unclear and far from conclusive, even for evolutionists.

As modern humans spread across Europe tens of thousands of years ago, they may have interbred with Neanderthals, creating hybrids, according to a new study of ancient human bones from Romania.

The specimens examined and dated for the first time in this study show that “at least in Europe, the populations blended,” said study author Erik Trinkaus of Washington University.

They found a swelling at the back of skull, called an occipital bun, which is the result of differential brain growth and is commonly found in Neanderthal skulls. Also, the arrangement of muscle attachment at the back of the jaw was a trait of Neanderthals.

This evidence of interbreeding shows that “[the two groups] saw each other as socially appropriate mates,” Trinkaus said. 7

Another hybrid has been described:

The skull has been described from the outset as that of an early modern human, due to ear anatomy, details of the neck muscle attachments, and the presence of a high, rounded braincase. The lateral bones resemble those of recent human males. However, the area above the neck muscles contains a distinctly Neanderthal feature, a suprainiac fossa—a groove above the inion, or, the place on the bone at the lower back of a human skull that juts out the farthest. “This feature implies some level of Neanderthal ancestry in this otherwise modern human fossil,” the authors explain. “It joins other early modern European fossils, from the sites of Oase and Muierii in Romania, Mlasdec in the Czech Republic, and Les Rois in France in indicating some degree of Neanderthal admixture occurred when modern humans spread across Europe starting around 40,000 years ago.” 8

The Neanderthal Genome Project began in 2006 with the goal of sequencing all 3 billion base pairs of nuclear DNA. 9  The project has not yet been completed, but some results are in, and two groups of researchers have written papers on the evolutionary implications. Not surprisingly, their findings did not agree. One group concluded that there had not been any interbreeding between modern humans and Neanderthals while the other surmised that at least 5% modern human DNA came from Neanderthals. The two groups used different methods for sequencing and comparing the respective sequences. Both groups agreed that the DNA samples were too small to reach any firm conclusion but believe that the fully elucidated DNA sequence will bring the answers. 10

Another genetic study found evidence that the gene for microcephalin in modern humans has been partly inherited from Neanderthals:

At the center of the debate on the emergence of modern humans and their spread throughout the globe is the question of whether archaic Homo lineages contributed to the modern human gene pool, and more importantly, whether such contributions impacted the evolutionary adaptation of our species. A major obstacle to answering this question is that low levels of admixture with archaic lineages are not expected to leave extensive traces in the modern human gene pool because of genetic drift. Loci that have undergone strong positive selection, however, offer a unique opportunity to identify low-level admixture with archaic lineages, provided that the introgressed archaic allele has risen to high frequency under positive selection. The gene microcephalin (MCPH1) regulates brain size during development and has experienced positive selection in the lineage leading to Homo sapiens. Within modern humans, a group of closely related haplotypes at this locus, known as haplogroup D, rose from a single copy 37,000 years ago and swept to exceptionally high frequency (70% worldwide today) because of positive selection. …By using the interhaplogroup divergence test, we show that haplogroup D likely originated from a lineage separated from modern humans 1.1 million years ago and introgressed into humans by 37,000 years ago. This finding supports the possibility of admixture between modern humans and archaic Homopopulations (Neanderthals being one possibility). 11

Those who have subscribed to the Replacement Model have held Neanderthals became extinct because of their relatively inferior intellectual ability, which rendered them unable to compete with Homo sapiens. However, there is much evidence that Neanderthals were our intellectual equals. Evidence from the Gibralter Caves suggests Neanderthals exhibited all the behavioral criteria thought to indicate the activity of Homo sapiens: (1) broad use of land resources, (2) sea fishing and hunting, (3) use of small scale resources, and (4) scheduling resource use by the seasons. 12  There is evidence that Neanderthals knew how to amputate limbs, 13  took care of their disabled, 14  buried their dead with flowers, 15  made the same stone tools and jewelry as Homo sapiens, 16  and made musical instruments from bones. 17  The facts that Neanderthals and Homo sapiens lived side by side in Europe for thousands of years, that “hydrid” skeletons have been found, that the molecular data is equivocal or supportive of interbreeding, and that they were behaviorally similar to Homo sapiens all weigh in favor of Neanderthals being a subspecies of humans, not a separate species.

And this is just what we would expect based on the biblical evidence. God made man in His image (Genesis 1: 26-28) six to ten thousand years ago. All of Adam’s descendants were fully human as were Noah’s; there was never a different race of humans:

The God that made the world and all things therein, seeing that he is Lord of heaven and earth, dwelleth not in temples made with hands; neither is worshipped with men’s hands, as though he needed any thing, seeing he giveth to all life, and breath, and all things; and hath made of one blood all nations of men for to dwell on all the face of the earth, and hath determined the times before appointed, and the bounds of their habitation; that they should seek the Lord, if haply they might feel after him, and find him, though he be not far from every one of us: for in him we live, and move, and have our being… Acts 17:24-28 (KJV)

If we accept the evolutionary time scales (as progressive creationists do 18 ,19 ), we are faced with the possibility that God created Neanderthals before Adam without souls (as “human” animals). This follows from the fact that Adam was exlusively made in God’s image and the curse came upon all his descendants. We all have sin because of Adam. We can be saved from the punishment of our sin by trusting Christ as our sin bearer (Romans 10:9-10). But what of a hominid created before Adam; he would not be under the curse nor have hope for redemption. He would be a human animal without the possibility of a spiritual relationship with God for he was not made in God’s image. Worse still is the prospect of the descendants of Adam mating with the soulless hominids—where would that leave the spiritual situation for their children? As you can see, the theological implications are not good. Neanderthals were most likely descendants of Noah that spread into Europe after the Babel dispersion. 20  Their unique morphology may have arisen through isolation in cold climates (as a result of the Ice Age following the Flood) through microevolutionary adaptations. Nevertheless, they were always Homo sapiens.

Future research, I believe, will show that the Neanderthals and Homo sapiens did indeed interbreed, confirming they were of “one blood” as the scriptures state.