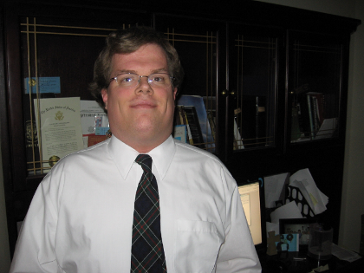 In The God Delusion, Richard Dawkins argues that morality is grounded in evolution rather than in God or religion. He explains morality through his concept of the “selfish gene” by which genes, through natural selection, ensure their own survival by selfishly encouraging altruistic behavior. He proposes four types of such behavior. First, a gene may program an organism to favor its genetic kin. Second, through reciprocal altruism an organism grants favors and receives favors in return. Third, through altruism an organism can acquire a reputation of being generous and kind and thereby benefit itself. Fourth, an organism can use generosity to demonstrate its superiority. Dawkins then asks why we are good to people we have never met and will probably never see again. He suggests that it is a byproduct of our distant past. 1

Dawkins also argues that if our morality is grounded in our “Darwinian past” then we can expect to find universal morals which transcend cultural and religious boundaries. He cites some studies using hypothetical moral decisions which he says prove this thesis. 2  He concludes that people do not need God or religion in order to be moral.

Problem One: Bridging the Gap between What Is and What Should Be

This chapter is about evil, and its opposite, good; about morality: where it comes from and why we should embrace it, and whether we need religion to do so. 3

The legend of the animals going into the ark is charming, but the moral of the story of Noah is appalling. 4  Joshua’s action was a deed of barbaric genocide. 5

Dawkins theorizes in terms of pragmatic survival value and then criticizes religion in terms of actual right and wrong, but he does not explain how the survival value of an action translates into the moral status of that action. As Douglas Wilson argues, Dawkins’ argument only explains the existence of moral values without explaining why we should obey them. Wilson asks, “What authority does the genetic residue of ancient village life actually have? It may have explanatory power with regard to my moral feelings, but it can have no imperatival value.” 6

In River out of Eden: A Darwinian View of Life, Dawkins argues that nature is callous and indifferent to suffering. 7  He concludes:

In a universe of blind physical forces and genetic replication, some people are going to get hurt, other people are going to get lucky, and you won’t find any rhyme or reason in it, nor any justice. The universe we observe has precisely the properties we should expect if there is, at bottom, no design, no purpose, no evil and no good, nothing but blind, pitiless indifference.… DNA neither knows nor cares. DNA just is. And we dance to its music. 8

However, natural selection cannot provide a foundation for morality (The God Delusion) if nature is completely unconcerned with suffering (River out of Eden).

If morals are merely pragmatic, then they are neither objective nor universal and cannot be imposed on other people. As Francis Schaeffer explains, if God does not exist, then ethics merely explains what is rather than what should be. If this is the case, then there is no difference between kindness and cruelty because there is no standard. 9

In order to have an objective and universal morality which applies to everyone, a standard which transcends both individuals and society is necessary. This transcendent reality must also be personal in nature because moral standards involve what should and should not be done instead of what simply is done. This implies a choice, which requires personality and consciousness. A transcendent moral standard would therefore need to be grounded in a conscious, personal, and transcendent reality. Christians find this in God.

This creates a problem for the atheist. As Norman Geisler and Frank Turek explain, Darwinian atheists rule out a transcendent Law-Giver in advance. 10  Without a “Moral Law Giver,” however, they have no objective basis for morals. “While they may believe in an objective right and wrong, they have no way to justify such a belief (unless they admit a Moral Law Giver, at which point they cease to be atheists).” 11

Gary Habermas argues that under atheism, declaring something to be evil would only express personal distaste. The atheist must make a choice: “We cannot have it both ways: we can accept absolute morality and face the strong possibility of the theistic universe, or we can deny it and acknowledge that we cannot lay evil at God’s feet, for there would be no such thing as objectively recognized wickedness. Either way, atheism receives a serious blow.” 12

Problem Two: Is Morality Grounded in God or Religion?

Dawkins equivocates (although probably unintentionally) when assessing the theological foundation of morality. On the one hand, he argues that God does not need to exist in order for people to be moral, 13  and on the other hand he argues that people do not need to believe in God in order to be moral. 14  He appears to use these two conditions interchangeably, as is seen in the following statement:

The main conclusion of Hauser and Singer’s study was that there is no statistically significant difference between atheists and religious believers in making these judgments. This seems compatible with the view, which I and many others hold, that we do not need God in order to be good—or evil. 15

The distinction between these two conditions may appear to be immaterial, but it is significant. In the Christian worldview (to which Dawkins responds more than any other religious worldview), God created mankind and reveals Himself through nature and mankind’s moral conscience (as well as through the incarnation of Jesus and the written revelation in the Bible). If God created mankind with a moral conscience, then people will be aware of that moral conscience whether they believe in God or not. The Apostle Paul illustrates this in Romans 2:13–16 where he explains that the Gentiles, although they do not have the written law, are still inwardly conscious of God’s moral law. This innate sense would influence how people would respond to moral questions whether or not they believe in God. The existence or non-existence of God therefore affects the variables quite significantly, and it operates independently of human belief. If God exists and has imprinted mankind with a moral sense, then a person’s morality does have an inherent theological foundation, even if he is an atheist. The two questions of whether or not the existence of God is necessary for people to be moral and whether or not religion is necessary for people to be moral are distinct questions and must be handled as such. Dawkins treats them as the same question.

Problem Three: Why Even Bother Being Moral?

The third problem involves the logical consequences of one’s worldview. It is true that an atheist can be a moral person, but beyond evolutionary pragmatism and public pressure, what prevents an atheist from being immoral? In The Selfish Gene Dawkins admits that evolution does not produce such virtues as generosity and universal love. 16  However, he argues that we have evolved to the point where we can rebel against our DNA and teach such values, and he discourages us from drawing our morals from Darwinism. 17  He does not explain, however, why we should move beyond our evolutionary heritage and teach moral values.

As noted above, if there is no transcendent standard of morality, then there is no universal and objective basis for morality. Why not be cruel if it is beneficial for the individual person? Why shouldn’t one people group oppress another for its own benefit? After all, Dawkins says nature does not care about suffering one way or the other. Dawkins might respond that oppressive behavior would give a person a bad reputation which would work against him, 18  but this obviously does not stop the numerous examples of group oppression recorded in history, especially when the perpetrators see their own benefit in their actions (such as the Holocaust). 19

If we are simply the products of impersonal, mechanical, chance, evolutionary processes, 20  then our morals are merely products of our current stage of evolution or relics of a past stage, and they can change. They are also mere conventions, and nothing could be declared to be genuinely right or wrong. If natural selection and survival of the fittest are the rules of the game, then people are merely accidents of evolution, and there is nothing really wrong with a stronger (more “fit”) accident oppressing a weaker (less “fit”) accident in order to move ahead. In fact, that would be natural selection at work.

Every person is aware, however, deep down that there is a genuine difference between right and wrong. The Christian worldview has a basis for moral judgments because they are grounded in the character of the eternal God. He did not arbitrarily declare a standard of right and wrong, and He did not discover a standard which was external to him. Instead, the standard which God has provided is an expression of His eternally holy, just, and loving nature. We therefore have an absolute, unshakable, and unchanging standard. The atheist does not have such a basis. It is true that some people have committed atrocities in the name of Christ, but they committed such atrocities contrary to the teachings of Christ. The failure of Christians to live up to the biblical standard only illustrates the depravity inherent in the heart of every person as taught in the Bible. Atheism does not address the true nature of the heart of man. 21

Considering Dawkins’ atheistic and evolutionary presuppositions, it makes sense for him to attempt to argue that morals are grounded in our evolutionary past independently of religion or God. However, his argument suffers from significant problems, and it does not do justice to the true nature of mankind’s moral conscience. Dawkins does not adequately explain 1) how natural selection produces moral obligation, 2) the relationship between morality and either God or religion, and 3) why morality is important.