Well-known atheist and evolutionary biologist Richard Dawkins authored the now best selling book The God Delusion which was published last year. 1  This is just one of several recent popular science books by atheists to hit bookstores in the last few months. This essay will discuss selected scientific and philosophical arguments made in the Delusion. 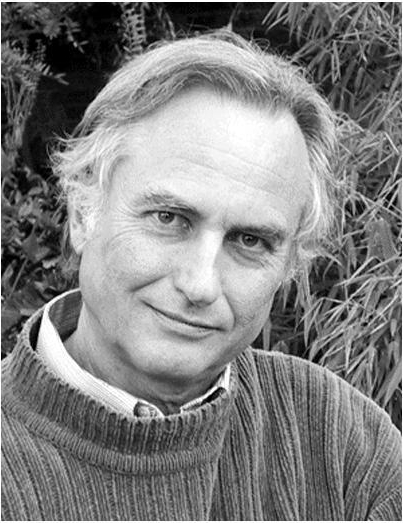 Dawkins’ central argument is that God is a less likely explanation than is natural law and chance for life and the fine-tuning of the universe. Dawkins says that if we invoke God as an explanation, we are then faced with the question of who or what made or caused God. Since this line of reasoning must lead to an infinite regress without any final answer, the invocation of God has no explanatory power. 2  Therefore natural causes, however inept they may seem, are better candidates for explaining the world. Natural selection is seen as a “crane” which can lift simple life to greater complexity. However, the answer to Dawkins argument has been known for centuries and is called the Kalam Cosmological Argument (KCA). 3  The">http://www.leaderu.com/offices/billcraig/docs/kalam-oppy.html The KCA goes something like this:

Assuming for the moment that premise #2 is correct, the logic and validity of the argument are self-evident. That the universe had a beginning is now an accepted scientific fact. The expansion of the universe as evidenced by the red shift of the wavelengths of starlight from galaxies as they move away from us suggests the universe was smaller in the past. Running the expansion backwards, the universe reaches a state of infinite density, no volume, and no time; the universe becomes a singularity. The Second Law of Thermodynamics also requires the universe be of finite age. It says that the amount of useful energy (that can be used to do work) in the universe is irreversibly decreasing with time. Since there is still plenty of useful energy available, the universe must be of finite age. On the other hand, theists have always claimed that God is eternal or even transcends and exists independent of time. Indeed, theists hold that God invented time. Logically, something has to be the ultimate cause from which everything else came; something has to have always existed. Science has demonstrated that the universe itself had a beginning, so God becomes the logical alternative cause for the universe. Now to be sure, evolutionary scientists have postulated ideas to get around these well established facts—ideas such as imaginary time and brane theory. However to date none of these ideas have gained any empirical support. Indeed, they are speculations that at present are not even testable. So, invoking an omniscient and omnipotent God that transcends time and therefore had no beginning is a logical explanation and cause for the universe that does not lead to an infinite regress. Dawkins argues that a God that could create the universe would have to be at least as complex as his creation and therefore even less probable than the universe. But because God does not have a beginning, he also does not have a cause and the argument of his improbability therefore becomes moot. With Dawkins’ central argument refuted, many of his other assertions become impotent.

Dawkins says that he doesn’t believe in God for the same reasons he does not believe in a celestial teapot orbiting the sun. 4  Such a teapot is unlikely to exist but its non-existence would be very difficult to demonstrate. So while one can’t say that the teapot does not exist with 100% certainty, one can say there is a very low probability it exists. Dawkins says that while he cannot disprove God’s existence in an absolute sense, he dismisses him on the grounds of improbability. But there is absolutely no reason to postulate the existence of such a teapot while there is every reason to think that an intellect (God) has been at work in the world.

Dawkins cites the results of a recent study of the effects of intercessory prayer on recovering heart surgery patients in support of his atheism. 5  The experimental design and results are described in the quote below:

On the face of it, the results suggest prayer had no positive effect on patient outcomes. And this is what Dawkins expected since he does not believe God is there to hear the prayers. However, there was a major problem with the study according to one critic of the study: 7

One flaw with the STEP trial and others like it has been the lack of a true placebo group with which to compare the proposed therapy. In the STEP trial, group 2 received no prayer from the study intercessors, but it was reported that 96.8% of the 597 patients in this group “believed that friends, relatives, and/or members of the religious institution would be praying for them.

Hence, the people not receiving prayer (from study participants) believed that they were, and, in fact probably did from friends and family, not to mention themselves. This situation essentially destroys the variable controls between experimental groups and hence invalidates the results. But there are other problems. Can God, a free will agent, be forced to act in certain ways in a controlled experiment as if he were the same as a natural law? The answer is clearly no.

C.S. Lewis is famous in Christian circles for stating that the gospels confront each of us with three choices concerning the truth of Jesus, that he was a liar, a lunatic, or the Son of God. However, Dawkins suggests a fourth option, that Jesus was just simply mistaken. 8  But is it logical that Jesus could have been merely mistaken about being God, having the authority to judge the world, being able to come back from the dead, being the only way to come to the Father and gain salvation from eternal damnation for all humanity for all time, that he would someday rule the universe, etc? Clearly, the proposition that someone could honestly and sanely make mistakes of this caliber is not credible and not a valid fourth option.

Dawkins critiques the concept of irreducible complexity, the idea that certain complex organs, organelles, and biochemical pathways must have all their constituent parts in place in order to function. According to intelligent design theorists, the implication of irreducible complexity is design, because any alleged evolutionary precursor of an irreducibly complex system would not be functional and therefore add no survival value, and natural selection would not retain useless structures. Dawkins says that structurally related but simpler systems that performed other functions could have served as evolutionary precursors to more complex systems. Dawkins presents as an example the type three secretory system (TTSS), an organelle that contains 10 of the 40 protein parts of the bacterial flagellum, as an evolutionary intermediate to the flagellum. There are problems with this example. First, phylogenetic studies have shown that the flagellum probably preceded that TTSS, not the other way around. 9  Hence, if any evolution was involved in the construction of the two systems, the more complex devolved into the simpler, a process resulting from a loss of information. Second, although the TTSS and flagellum share 10 proteins in common, the remaining 30 in the flagellum are unique to it; from what organelle could evolution have co-opted these parts? Third, assuming for the moment that the TTSS could have been an evolutionary precursor of the flagellum, what was the step-by-step evolutionary pathway to the flagellum on which every intermediate maintained a functional advantage to the organism? Even if such a pathway were proposed, where is the experimental evidence that such a pathway can in fact be traversed? Imagined pathways may make good theories but cannot serve as evidence for anything until experimentally verified. Experimentally unverified evolutionary pathways are merely “just so” stories that do not add much weight to an argument.

Dawkins offers a simplistic description of the origin of life. He offhandedly surmises that the chances of life evolving are one in a billion. This calculation grossly underestimates the improbability of the evolution of life from chemicals, at least life as we know it. Even the simplest prokaryotic cells require hundreds of proteins to function. An average protein might contain 100 amino acids. There are typically 20 amino acids found in proteins. The sequence of the amino acids determines the function and utility of the protein. If the entire sequence of amino acids is required, the chance of obtaining a specific sequence is 1 out of 20100 or 10130. But lets say only 25% of the amino acids in the sequence are actually required on average for protein function. In that case, the chances of obtaining a functional protein by chance is 1 out of 2025 or 1032. Now, you have to get ~200 similar proteins together in the same place at the same time to form the first cell. The chances are now 1 in (1032)200 or 106400!! William Dembski has shown that the probabilistic resources of the entire universe from its beginning until its heat death in the distant future only amount to 10150 possible arrangement of particles which is nothing compared with 106400. 10 In other words, it is essentially impossible that the simplest form of life science knows of could have formed by chance even if all the probabilistic resources of the universe are brought to bear on the problem. Of course, evolutionists say that the first life was far simpler. The only problem with this answer is that there is not a shred of evidence that there has ever been or even could ever be simpler forms of life.

In conclusion, Dawkins recent book, The God Delusion, is not a very convincing apologetic for atheism. Imaginative theories, however plausible, are no substitute for empirical evidence. Given what science knows, it takes more faith to be an atheist than a theist.