Evolutionists have made much of fossils. They supposedly illustrate the progression of evolution. Yet, there are serious problems with this fossil record.

However, let us not be hasty and jump to such conclusions. One possibility is that more intelligent, advanced life forms would be more likely to attempt to escape rising waters of a flood by moving to higher ground. Thus, they might become fossilized in higher layers than less intelligent, more primitive life forms. Also, concerning fossils and the layers in which they are found, the findings have not always been "in the proper order."

But, how were fossils created? One explanation is that they were created as the result of a flood. A flood would bury some material quickly, allowing it to be preserved long enough to become fossilized. This would protect it from scavengers. Fossils could have been formed in this manner, rather than as organic material that lay about in open air, undisturbed, long enough to fossilize. It is unlikely that dead organisms would lie undisturbed long enough for fossils to form. In forests, scavengers typically dispose of dead carcasses rather quickly.

What evidence is there of a world-wide flood?

There are flood legends around the world. I have read that there are 180 flood legends on record, and also I have read there are as many as 500. Suffice it to say, there are quite a few. A co-worker from India told me that there was a Hindu flood story. There is the Babylonian epic of Gilgamesh. The ancient Incas have a story of a time when the earth was flooded and all men were destroyed in the flood.

"They say that in it perished all races of men and created things insomuch that the waters rose above the highest mountain peaks in the world. No living thing survived except a man and a woman who remained in a box, ..." 1

"Other flood traditions, examined more fully later, describe the Deluge as a veritable water mountain, as a stupendous wall of water, or as an irresistible foaming watery avalanche. Few, if any, liken it to an ordinary steadily rising, riverine flood." 2 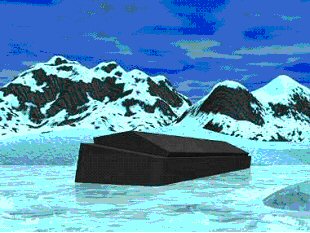 The Samoan islanders tell us:

"The sea ...arose, and in a stupendous catastrophe of nature the land sank into the sea..." 3

"In ancient times Taaroa, the principal god, according to their mythology, the creator of the world, being angry with men on account of their disobedience to his will, overturned the world into the sea, ..." 3

And on and on we could go with flood legends.

From an unpublished manuscript: 4

The tradition of a universal deluge is told by all ancient civilizations, and also by races that never reached the ability to express themselves in the written symbols of a language. It is found all over the world, on all continents, on the islands of the Pacific and Atlantic, everywhere. Usually it is explained as a local experience carried from race to race by word of mouth. The work of collating such material has repeatedly been done, and it would only fatigue the reader were I to repeat these stories as told in all parts of the world, even in places never visited by missionaries. 5

The rest of the collected traditions are also not identical in detail, and are sometimes very different in their setting from the Noah story, but all agree that the earth was covered to the mountain tops by the water of the deluge coming from above, and that only a few human beings escaped death in the flood. The stories are often accompanied by details about a simultaneous cleavage of the earth. 6

In pre-Columbian America the story of a universal flood was very persistent; the first world-age was called Atonatiuh, or the age that was brought to its end by a universal deluge. This is written and illustrated in the ancient codices of the Mexicans and was narrated to the Spaniards who came to the New Continent. 7  The natives of Australia, Polynesia, and Tasmania, discovered in the seventeenth century, related almost identical traditions. 8

Clay tablets with inscriptions concerning the early ages and the deluge were found in Mesopotamia. Their similarity to the biblical account, and to the story of the Chaldean priest Berosus 9  who lived in the Hellenistic age, caused a great sensation at the end of the last century and the beginning of the current one.

Geologists see vestiges of diluvial rains all over the world; folklorists hear the story of a universal flood wherever folklore is collected; historians read of a universal flood in American manuscripts, in Babylonian clay tablets and in the annals of practically all cultured peoples.

What is the point of all this? What do these common legends of flood—world-wide flood—indicate? First of all, some might say they were copied from each other. This might be true in some cases, but these legends are from all over the planet and are ancient. Remember, in ancient times their were no telephones, TVs, e-mail nor internet. Nor were there trans-continental jet flights. Also, I point you to the quote above concerning the unlikelihood of the "borrowing theory."

But what if there were a flood and all alive today are descendants of the few who rode out the storm in the boat? It then seems reasonable that the descendants of those who surivived might have knowledge, handed down from generation to generation, of things—awesome things—that happened to their ancestors.

Of course, Noah's flood explains all those flood legends mentioned above. I recall my father telling of finding marine fossils on a mountain where he lived as a boy. Those fossils indicate that the mountain was once under water, which is in agreement with the flood of Noah. And the flood may also explain more.

What does Egypt have in common with Central America? In ancient Egypt, it was believed that Pharaohs after death were reborn as stars. A similar belief was found in ancient America.

There are pyramids in the Americas, and we all know of the pyramids of Egypt. The tomb of a ruler of the Mayan city of Tikal contains a representation of a canoe upon which the ruler makes his final (after death) journey. The depiction includes animals or deities in the shape of animals—a bird, a dog, and an ape. Across the world, in Egypt, in the Valley of the Kings, the tomb of Thutmosis III, a similar depiction exists, where the king takes his journey in a barque containing the same three animals (or animal-shaped deities).

And how do we explain the existence of these civilizations at all? The oldest known civilization in Central America is that of the Olmecs. The mystery is that it appears full-blown—it did not develop over time. All of a sudden, it was just there. The same can be said of Egypt. From the beginning, both of these civilizations were amazingly advanced.

How can this be explained? If we take the hypothesis that the flood actually occurred as described in the Bible, then it all makes sense. Noah's family would be starting fresh, from scratch, and there would be no cities, because there were no people (other than a single family of eight). But these eight could easily have brought with them the knowledge and developments of a civilization over a thousand years old and the work of millions of individuals. The accumulated knowledge would be impressive and probably more than sufficient to account for the knowledge of the early civilizations of Central America and Egypt. Noah's descendants could have simply built the cities and used the knowledge brought with them through the flood.

Animals were brought on the ark, we know. Why not books and knowledge? There is a story that ancient Chinese herbal medicine derives from a book that Noah brought with him on the ark. Why not?

It certainly makes sense that something as useful as the accumulated knowledge of many years and the work of many people would be taken on the ark, in light of its usefulness in starting out afresh and beginning a new civilization. It is reasonable to assume that Noah's family or at least Noah had the understanding that he would be repopulating the world and rebuilding a civilization (or several).

Ignoring the story of the Biblical Noah and the flood leaves us with mysteries begging to be explained. We have to explain gaps in the fossil record, similarities between ancient civilizations, world-wide stories of a flood, and more that would not fit into this article.

The flood explains much that is difficult to explain otherwise. We have heard of amazing theories, ranging from ancient astronauts to time travelers, which attempt to make sense of our ancient history. The Bible stories make at least as much sense as some of these.