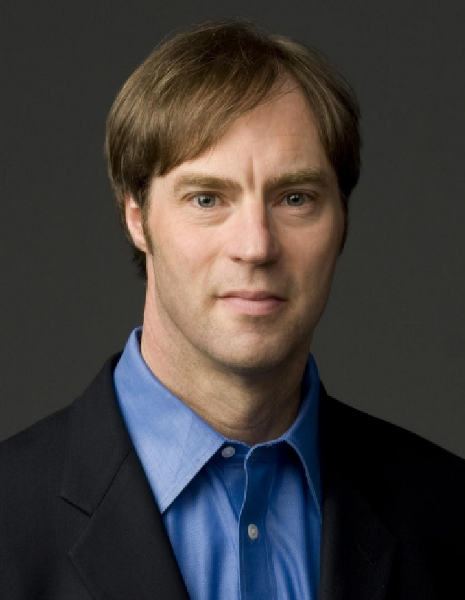 Meyer zeros in on the mystery of the origin of the informational code in DNA as the central question in biology. By 1909, scientists knew that DNA consisted of the sugar ribose, four bases (adenine: A; cytosine: C; guanine: G; thymine: T), and phosphate, but the arrangement of these chemicals was unknown. At the time, scientists believed that proteins, not DNA, were involved in the transmission of heredity information. They thought DNA, with only four bases that were presumed (wrongly) to be arranged in a repetitive sequence, simply did not have the capacity to carry the information required to account for organisms. On the other hand, proteins contained 20 amino acids in various arrangements. In 1944 Oswald Avery discovered that DNA was the substance that transmitted heredity information through a series of experiments with mice and bacteria. Erwin Cargaff soon discovered that DNA always Stephen C. Meyer contained equal amounts of A and T and equal amounts of C and G. He also discovered that the order of the bases (A, C, G, and T) was not repetitive as previously thought but instead irregular showing DNA did have the capacity to carry heredity information. While DNA was the top suspect for the transmission of heredity, no one knew its detailed structure or how heredity transmission worked. Several scientists including James Watson and Francis Crick then sought the structure of DNA. Scientists proposed several incorrect ideas about DNA’s structure before the true structure was discovered. These ideas included a structure with the ribose-phosphate backbone being in the center of a triple helix with the bases pointing outward. Eventually however, Watson and Crick, using the x-ray results of Rosalind Franklin, were able in 1953 to figure out the correct structure: a double helix with the ribose phosphate backbone on the outside and the bases pointing inwardly. A was always matched with T as was C with G.

The new structure immediately raised questions about how the information in DNA was used in the cell. Francis Crick proposed the “sequence hypothesis” that stated that the arrangement of bases in DNA was responsible for the sequence of amino acids in proteins. It was once thought that amino acids aligned with bases on the DNA and were joined there. It was not until the 1960s that scientists learned that groups of three consecutive bases (called a codon) coded for a specific amino acid in a protein. The correspondence of groups of three bases to each of the 20 amino acids became known as the genetic code. The process of protein synthesis including the transfer of information from DNA to the protein was eventually understood. 4 The base sequence in DNA is transcribed by the enzyme RNA polymerase into a messenger RNA sequence in the cell nucleus. The m-RNA is transferred to the cell’s protein factory, called the ribosome, where the m-RNA base sequence is translated into a sequence of amino acids.

Attempts to explain the origin of the genetic code must address the origin of information in DNA. Methods have been developed to quantitatively measure the information content in DNA. The amount of information (I) is described by the equation I = -log2 p where I = information in bits and p is the probability of a sequence occurring by chance. However, I in this equation merely represents the information carrying capacity of a system; other considerations determine if a sequence has meaning. In biochemistry, a sequence of bases in DNA that corresponds to a sequence of amino acids in a protein that has a function in the cell (such as an enzyme) is considered to have “meaning”. Consider a protein of modest length with 150 amino acids. This protein would be coded for by 450 bases in the DNA since each amino acid is coded for by three bases. Because there can be multiple codons in the DNA for the same amino acid and since most proteins have several amino acids that can vary in identity without degrading protein function, let’s assume that 300 of the bases are fixed, with the remaining 150 bases having some flexibility in their identities. Since there are four bases, the probability of forming the specific DNA sequence by chance is 1/4300 or roughly 1/10180 or 1/2600. Hence the information content of this DNA sequence would be I = - log2(2-600) = 600 bits. William Dembski has shown that the probabilistic resources of the entire universe from the Big Bang until its heat death is only 500 bits. 5 Hence the probabilistic resources of the entire universe are inadequate to produce even one 150 amino acid protein by chance.

A theory that successfully explains the origin of life must explain the origin of the information in DNA. Meyer discusses several naturalistic theories of the origin of life and shows how they are inadequate to account for this information. These theories include self-organization/biochemical predestination, DNA first theories, protein first theories, hypercycles, and the RNA world. 6 Currently the RNA world hypothesis is perhaps the most popular. In this scenario, RNA was the first information carrier and chemical catalyst. In extant biochemistry, DNA is the information carrier and enzymes (proteins) do all the chemical work. This has created a “chicken and egg” problem since DNA is required to code the amino acid sequences of proteins but proteins are required to duplicate DNA and transcribe the information contained within DNA. In the RNA world, only one molecule, RNA, would be required for both roles. Hence RNA would have been the first self- replicating molecule. Presumably, RNA eventually evolved into the DNA/RNA/protein system in place now. However, no self-replicating RNA molecule has ever been found in nature or produced in a laboratory, although recent efforts by scientists have produced systems of artificial RNA molecules which can replicate each other when provided the required monomers. 6 Problems with the prebiotic synthesis of ribose and the four required bases are problematic because of competing side reactions. Most importantly, the source of the required base sequence, the information, is unknown. Natural selection can’t operate until a fully functional self-replicating system in place, so the first self-replicating system would have to be the result of chance or some as yet unknown chemical law. The fact that scientists have yet to create a self-replicating RNA molecule suggests nature would have an even harder time. Even if a self-replicating RNA molecule could somehow be produced in some prebiotic setting (and this is by no means likely), there is no known evolutionary pathway from a self-replicating RNA molecule to extant biochemistry which includes DNA, RNA, and proteins. At present, no one knows if a self-replicating RNA molecule can even be designed.

The scientific status of ID has been questioned by many scientists. These critics say ID is not science for a variety of reasons such as science by definition must deal exclusively with natural causes, immaterial entities (such as God) can’t be observed, inferring a designer leads to an infinite regress and hence explains nothing (who designed the designer?), ID is an argument from ignorance (we don’t yet know a natural cause so God must have done it), ID proponents don’t publish in peer reviewed scientific journals, ID is not testable, ID is not falsifiable, ID does not make any predictions, and many others. Meyer masterfully answers each of these criticisms. Meyer demonstrates that ID uses the methodologies of the historical sciences such as abductive reasoning and selection of the best of several competing hypotheses. ID makes an inference to the best explanation for the origin of information in biology, namely an intellect. Meyer shows that ID is just as scientific as many accepted scientific disciplines. Ironically, some critics would define science in such as way that ID could still be true but not qualify as a science. By these definitions then, science could forever be searching for naturalistic explanations for the origin of information in biology that simply don’t exist.

Meyer’s method for detecting design is very similar to the Explanatory Filter invented by William Dembski. 5 Essentially, anything that contains complex specified information indicates design. Complexity refers to the improbability of the arrangement of parts, and specificity refers to meaning or function. As mentioned above, anything that has more than 500 bits of information (meaning or function must be present) must have been created by an intelligence. Meyer discusses the Law of Conservation of Information—Dembski also discusses this—which says that the information content of a closed system (for example the universe) of natural laws will remain the same or decrease with time but never increase. Any increase of information in such a system must come from a designing intelligence.

Meyer not only shows that chance and natural law can’t supply the information content in DNA but that a designing intelligence can. The inference to design as the best explanation for the origin of information in biology is based on what we do know about designing minds and the natural world. Signature is perhaps the most accessible and thorough treatment on ID yet. This author highly recommends the book to anyone wanting to understand ID.