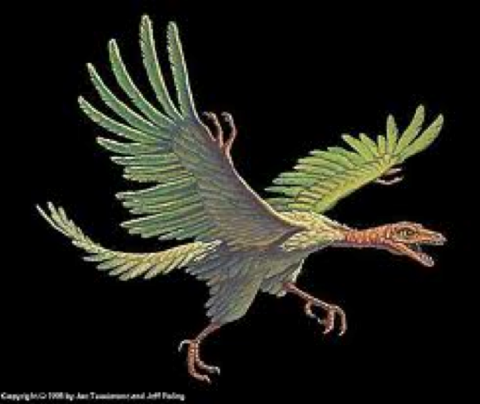 In his foundational work, generally known as "The Origin of Species," but seldom (for obvious reasons) cited by its full title, "On the Origin of Species by Natural Selection, or the Preservation of Favored Races in the Struggle for Life," Charles Darwin proposed a bold test for his theory when he said:

If it could be demonstrated that any complex organ existed which could not possibly have been formed by numerous, successive, slight modifications, my theory would absolutely break down.” 1

But to Darwin’s credit, in making that statement, he was acknowledging a fundamental truth of the scientific method: that is, that in order to be testable, a scientific theory must make precise predictions as to what would be revealed by further examination of the relevant data.

Although his test seemed to relate specifically to the origin of individual organs within living organisms the same is true of the entire organisms themselves. To paraphrase Darwin’s statement, if it could ever be demonstrated that any living organism existed which could not possibly have formed by numerous, successive, slight modifications or transitional stages, his theory would absolutely break down. In 1859 when The Origin of Species was published, Darwin felt very confident in his theory because at that time there were still not very many fossils that had been found and studied. Future discovery, he was certain, would fill in the blanks and evolution would be verified.

Apparently there is much disagreement within the evolutionist community as to what constitutes a transitional organism.

There are numerous examples of transitional organisms that have been put forward by hopeful evolutionist researchers through the past decades. The most famous would have to be the part-bird, part-reptile Archaeopteryx (Figure 1). Its reptilian features are claws on its wings, a long tail, and teeth, and its bird like features are wings, flight feathers, a strong “wish bone” that is necessary for flight since the flight muscles are attached to it, and perching feet for landing on branches. A supposed ancestor of elephants is known as Moeritherium, which according to its supporters was a hippopotamus-like amphibious mammal that had a moveable muscular lip joined with its nose. Pakicetus has been trumpeted as being intermediate between some unknown land mammal and whales. Then, of course, there are the numerous reputed examples of intermediates, such as Homo habilis, Homo erectus, and the most famous Australopithecus afarensis (Lucy), between modern humans and some unknown ape-like ancestor. But are any of these and countless other transitional candidates truly what evolution would predict?

What is the source of our knowledge of these creatures that are pointed to by evolutionists as the necessary transitional forms? How do we know what features made them transitional between two others? All we can know is what can be deduced from the millions of fossils that have been found in the more than 150 years since Darwin’s theory. According to Darwin’s concept, an organism that is in the process of evolving into another would have “slight modifications” from its immediate ancestor. For example, it would be a fish with fins that were changed slightly, just beginning to show evidence of becoming legs. And there would be other fossils showing slightly more leg-like fins. There should be a continuum all the way from fin to completely formed leg. The same would have to be true in any supposed evolutionary series. But do any of these and the numerous other examples of evolutionary transition meet Darwin’s strict requirement? The answer is no; they do not.

In the case of the most complete fossil remains, such as for Archaeopteryx, the features are seen to be completely formed and functional rather than partially evolved from another different feature. The wings are wings, feathers are feathers, perching feet are perching feet, claws are claws, teeth are teeth, and the tail is a tail. No feature on this “reptilian bird” (or on any other “transitional species”) meets Darwin’s prediction of what should be revealed in the fossil record. And for the record, both teeth and claws are found in other true modern birds living today, so are not obligate reptilian features. “Transitional” organisms such as this extinct bird are more properly known as having a mosaic of complete and functional features that are in common with other organisms. Most of the other “in-betweens” are known from only fragmentary fossil evidence consisting, in the case of Pakicetus, of only part of a jaw with the transitional features being the result of artistic license. 3

So we have seen that a complete fossil record has been no help in verifying Darwin’s prediction of transitional species. The gaps that were present in Darwin’s day are still there. No masses of fossils showing a slow and gradual change from one species to another have been found. Actually, there is not even one such fossil showing a partially evolved feature.

But what about the exploding field of genetics? Surely the rapidly increasing volume of information provided by Gregor Mendel’s successors gives Darwin what he needed to keep his theory from “absolutely breaking down.” Or does it? Do the geneticists have the answer Darwin’s problem? After all, Darwin knew nothing of genetics, and it was not until DNA’s structure (Figure 2) was described by James Watson and Francis Crick, three quarters of a century after its discovery without being named in the late 1800s by Johann Friedrich Miescher, 4  that there was at last a mechanism that could carry evolution forward: beneficial genetic mutations collectednatural selection. With that discovery, Darwinism became Neo-Darwinism and evolution was saved. However, the past couple of decades of genetic research have brought more questions than answers to the issue of whether transitional forms in evolution theory are real, or whether they are even possible. 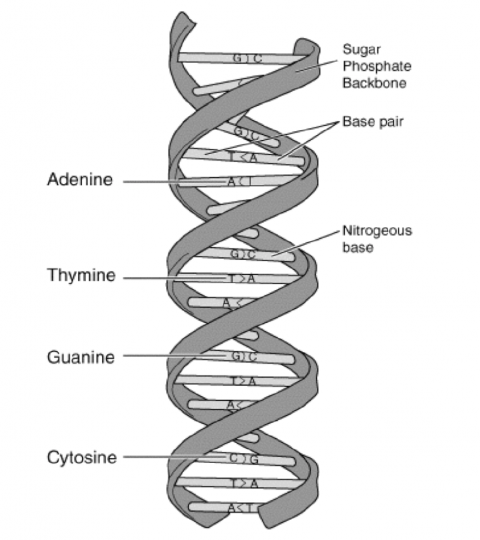 Figure 2 - Structure of the DNA  molecule

DNA is the most compact information storage medium known to science 5  and, according to evolution, as a result of the copying errors (mutations) that occur in it in every generation, all of the incredible variety of living things has sprung into being from a single cell. By analogy, evolution by random mutations in DNA can be thought of as a child’s wagon being gradually transformed into a spaceship by successive random misspellings in the wagon’s construction manual. 6

The problem with this idea is that geneticists have realized that the vast majority of mutations in every generation are nearly neutral or, on rare occasions, deadly. They have also discovered that the beneficial mutations that are necessary to push evolution forward are essentially nonexistent, and if they did exist would be invisible to natural selection. 7  As a result, the very gradual, step-by-step changes from a fin to a leg, or a leg to a wing, or a hair to a feather, or any of the other millions of changes required by evolution are completely impossible.

The interesting thing is that, among themselves (and only among themselves!), evolution’s greatest thinkers admit this great failure of Neo-Darwinism and recognize that recent genetic discoveries have devastated their theory. They know that random mutations and natural selection cannot cause evolution and they are in crisis. Few people know that in July 2008 a by-invitation-only symposium of 16 of the greatest evolutionists from around the world was held in Altenburg, Austria to pick up the pieces of Neo-Darwinism and formulate an alternate mechanism which could, in essence, be a new way forward for evolution. And what was their scientific conclusion? It all happened by self-assembly and self-organization. That is, non-living chemicals assembled themselves somehow into a living cell, which from there just organized itself into all of the wonderful living organisms we see around us. 8  If it were not for the fact that many (most? all?) of the “Altenburg 16” are atheists and agnostics, their new mechanism might be mistaken for “miracle”. As it is, it can only be mistaken for magic.

So it turns out that neither fossils, and the paleontologists who study them, or the increasingly astounding DNA molecule, and the geneticists who study it, have the answer for the question of how living organisms could ever evolve through the numerous, successive, slight modifications Darwin first saw as critical to his theory. We then can objectively say that as a result, his theory has finally and absolutely broken down. Sadly, those who are the true believers stumble on in the darkness of their own making.