Dan Reynolds PhD
Social Issues
Because that which may be known of God is manifest in them; for God hath shewed it unto them. For the invisible things of him from the creation of the world are clearly seen, being understood by the things that are made, even his eternal power and Godhead; so that they are without excuse: Romans 1:19-20 (KJV) 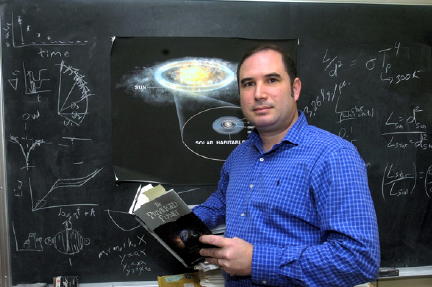 Dr. Guillermo Gonzales: a highly accomplished astronomy professor who has been denied tenure for his views on intelligent design.

The recent documentary film Expelled: No Intelligence Allowed reveals all is not well for freedom of speech and religion in much of the educational and scientific establishments when it comes to the topic of evolution. Competent, credentialed, and otherwise accomplished professors, teachers, and professionals risk losing promotions, tenure, the respect of their peers, and even their jobs if they dare doubt Darwin or the materialistic evolutionary narratives touching upon cosmology and biology. Discussions that suggest there could be an intelligence behind the natural order are verboten. Secondary school teachers have been prevented from even mentioning evidence that contradicts Darwin’s theory. School boards that would have intelligent design mentioned as an alternative theory to evolution only on the first day of high school biology class face lawsuits from the American Civil Liberties Union. Private religious institutions are denied accreditation because they refuse to toe the Darwinian party line. This essay will examine the stories of several scientists and teachers who have experienced this persecution and harassment first hand.

Guillermo Gonzales is an astronomer whose career as an assistant professor at Iowa State University will end this summer (2008). 1 ,2 ,3 ,4  Dr. Gonzales earned his Ph.D. in Astronomy from the University of Washington in 1993. He has published almost 70 papers in the peer-reviewed scientific literature (some in Science, Nature, and Scientific American) 5  and had been cited over 1,500 times by 2005 in same, 6  authored a widely used college level astronomy text entitled Observational Astronomy, 7  discovered two new planets orbiting other stars, and developed techniques for discovering these exoplanets. He also coauthored a book entitled the Privileged Planet 8  in 2004 and helped create a documentary film available in DVD with the same name; both present evidence for intelligent design in astronomy. Despite this impressive record of accomplishment, Dr. Gonzales has been denied tenure at an institution that typically requires only 15 publications for consideration. 9 ,10  While the ISU faculty deny it, faculty e-mails made available through the Freedom of Information Act have clearly shown Dr. Gonzales’ views on intelligent design were a major factor in the denial of tenure. 11  Dr. Gonzales has now exhausted all avenues of appeal except the courts. He has accepted a position at Grove City College, Pennsylvania to begin August 1, 2008. 12 ,13 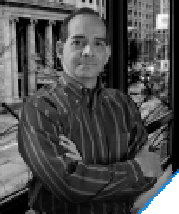 Dr. Richard Sternberg holds two doctorates in evolutionary biology: a Ph.D. in Biology (Molecular Evolution) from Florida International University and a Ph.D. in Systems Science (Theoretical Biology) from Binghamton University. 14  He has published over 30 articles in peer-reviewed journals. He was a Research Ph.D.in the History and Philosophy of Science from Associate at the Smithsonian’s National Museum of Natural History from 2001-2007. During the period from 2001-2004, he was the managing editor of the Proceedings of the Biological Society of Washington, a scientific journal. In 2004, Stephen Meyer, a well-known intelligent design proponent and fellow of the Discovery Institute in Seattle and holds a Cambridge University, submitted a paper entitled “The Origin of Biological Information and the Higher Taxonomic Categories” to the Proceedings. After normal peer review and some revisions, the paper was accepted for publication. 15  Following publication of the paper, Dr.Sternberg became an object of scorn, as he explains: ”Because Dr. Meyer’s article presented scientific evidence for intelligent design in biology, I faced retaliation, defamation, harassment, and a hostile work environment at the Smithsonian’s National Museum of Natural History that was designed to force me out as a Research Associate there.” 16  Some of the mistreatment included attempts to remove him as a Research Associate from the Smithsonian’s National Museum of Natural History, transferal from a friendly to a hostile supervisor, loss of office space, imposition of unreasonable and unfair work rules, restriction of access to specimens, an unexplained demotion, his supervision was pressured to fire him, his political and religious beliefs were investigated, he was a target of a smear campaign by the National Center for Science Education, and he was pressured to reveal peer reviewers and to engage in improper peer review. 17  Unbelievable! As Dr. Sternberg explains: “Subsequently, there were two federal investigations of my mistreatment, one by the U.S. Office of Special Counsel in 2005, and the other by subcommittee staff of the U.S. House Committee on Government Reform in 2006. Both investigations unearthed clear evidence that my rights had been repeatedly violated.” 18 ,19  Both investigations concluded that religious bigotry was the basis for the mistreatment.

Then there is the case of William Dembski who holds five degrees: a doctorate in mathematics, a doctorate in philosophy, a masters degree in statistics, a masters degree in theology, and a bachelors degree in psychology. Dr. Dembski has written several books and articles affirming intelligent design as a legitimate scientific field. He was hired by president Robert Sloan of Baylor University (a Texas college affiliated with the Southern Baptist Convention) to setup the Michael Polanyi Center for Complexity, Information, and Design to investigate design in nature through information theory. 20  The center was to explore the nature of science and whether methodological naturalism is adequate to find all the explanations for phenomena in nature. The science faculty was unhappy that they had not been consulted about the establishment of the center or its purposes and goals. They felt the center took an antievolutionary tone that threatened the reputation of the university. They wanted the center dissolved. Instead, an external committee was formed to review the legitimacy of the center and address the rift between the faculty and president Sloan over its administration. The committee recommended that the name of the center be changed, that its mission and goals should nevertheless remain, and that some mechanism of review by the Baylor faculty be established. Eventually the center was dismantled and Dr. Dembski’s work was restricted. Amazing that a Christian wanting to use legitimate science to detect the fingerprints of the creator could be so treated at a Baptist institution.

Dr. Nathaniel Abraham has a Ph.D. in toxicology from Saint John’s University. He took a post-doctoral position at the Woods Hole Oceanographic Institute (WHOI) in 2004 to study programmed cell death in zebra fish. His colleagues recognized his expertise and quality work in the first months of his appointment. Then, at the end of a routine discussion about his research results with his supervisor, he made a casual comment that he did not believe in evolution. His supervisor soon asked Dr. Abraham to resign or face termination. Dr. Abraham said that he was never asked about his views on evolution during the interview process and that the work assignment had nothing to do with evolution. WHOI, however, claimed that the job required an evolutionary perspective. Dr. Abraham said he would be willing to write on the evolutionary implications of his research if asked, but this was not acceptable. WHOI offered him a severance package with several months pay if he would sign an agreement not to file a discrimination lawsuit, but Dr. Abraham refused, so they fired him without a severance package. All this was happening as the delivery date of his expectant wife approached and their visas (they are from India) were about to expire. Dr. Abraham’s wife went back to India to have their child. 21 ,22  Meanwhile, Dr. Abraham found a position with Liberty University, a theologically conservative university in Virginia founded by the late Jerry Falwell. Dr. Abraham and his wife are now reunited in the US. Dr. Abraham has filed a $500,000 lawsuit against WHOI for damages from wrongful termination due to go to trial in 2009. 23  Dr. Abraham was fired for his religious beliefs, not because he was unable to do the work. 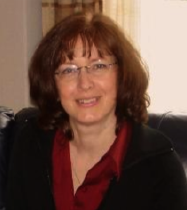 Dr. Carolyn Crocker has a Ph.D. in immunopharmacology from Southampton University, U.K. and an M.Sc. in medical microbiology from Birmingham University, U.K. 24  She has published books and articles in peer reviewed journals. She was an instructor at George Mason University for five years. She received commendations for her teaching from faculty and students. She taught one class period on intelligent design concepts. She was relieved of her teaching duties and her contract was not renewed. She has been blacklisted at the National Institute of Health (NIH), a government funding agency for scientific research, and has had trouble finding work despite her fine credentials and past job performance. She is currently self-employed and is writing a book entitled Expelled: No Science Allowed dealing with persecution of intelligent design supporters. She has become a vocal advocate for honesty in science.

Incidentally, Dr. Jerry Bergman is writing a book entitled Slaughter of the Dissidents 25  with the subtitle The shocking truth about killing the careers of Darwin doubters. Dr. Bergman will tell the stories of scores of scientists who have faced persecution for their beliefs about origins.

The Institute for Creation Research (ICR), one of the premier creation science organizations, has a staff of Ph.D. scientists that does original research, writes books and peer reviewed articles, gives seminars, and teaches in the ICR graduate school. Originally based in California, ICR recently moved its headquarters to Dallas Texas leaving some staff and facilities in California. In the early 1980s, ICR setup its graduate school offering masters level degrees in geophysics, biology, astrophysics, and science education. However, in the late 1980s, ICR graduate school had to fight to keep its accreditation in California. 26  Ultimately, prayer and perseverance lead to a federal judiciary decision that allowed ICR’s graduate school to retain its accreditation despite the opposition. In what must seem like deja vu, ICR once again faces opposition to its graduate school, now in the state of Texas. 27 ,28 ,29  Despite, favorable reviews for ICR’s graduate school from the Texas Higher Education Coordinating Board (THECB) Site Team and the THECB Advisory Committee, THECB’s commissioner Raymund Paredes decided the reports were “flawed”, organized a panel of science educators of his own choosing, and decided to deny ICR the right to grant degrees in the state. ICR was not allowed to respond to the panel. ICR is presently considering an appeal of the Commission’s decision. The unfair treatment here is obvious.

Answers in Genesis (AIG), another premier creation science organization, had a legal fight for a zoning change to build its now completed creation museum in Kentucky in the late 1990s. 30

There are now academic freedom bills pending in several states. 31  Only time will tell if these bills will be adopted and allow teachers to present evolution objectively. You can help by signing the Academic Freedom Petition online at http://www.academicfreedompetition.com/ .