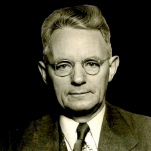 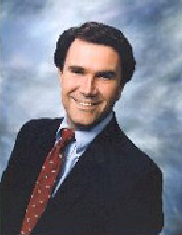 Everyone thinks according to the laws of logic. We live in an orderly and rational universe. It is impossible to use coherent reasoning without logic. As the late apologist and successor of Van Til, Greg Bahnsen, explains, “The laws of logic are not laws of thought, but presuppositions of (coherent) thinking.” 3

People rarely stop to ask, however, why the laws of logic are true. Jason Lisle of Answers in Genesis writes, “A rational worldview must provide the preconditions of intelligibility.” 4 According to Lisle, these must be affirmed “[B]efore we can know anything about the universe.” 4 These include logic, uniformity of nature, morals, and the general reliability of our senses and memory. Without these preconditions we cannot know that our thoughts and observations are correct, and if they are not reliable then we cannot be sure about anything. 5 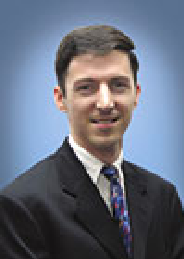 An atheist might argue that belief in God is logically incoherent or that faith is opposed to logic. Before such challenges can claim any validity, however, one must first ask what the basis of logic is. How does one account for laws of logic in a chance universe with no mind behind it? These laws are immaterial, and they are not empirically verifiable entities. No one can touch the laws of logic or examine them visually.

Could they be human conventions? If that is the case, however, then they are based on culture and popular opinion and therefore cannot provide a universal and objective standard. They could vary from culture to culture like driving on the right side of the road. Rational debate would be impossible because each party could have its own standard. 6 ,7 One could even argue that meaningful communication of any kind would be impossible under such conditions.

Someone may argue that the laws of logic are products of evolution— rules that have been preserved by natural selection. This is also an inadequate basis. According to Lisle,

“First, survival value does not equate with truth.” 6

Second, in this scenario the laws of logic would merely be chemical reactions in the brain rather than actual laws because they would not extend beyond an individual person’s brain. 6 As Bahnsen explains,

“If they are just the firing of nerve endings in the neural synapses, then logic differs from person to person and therefore its laws are not laws at all.” 8

Third, if logic is the product of evolution and natural selection then the logical system we use now is merely the most useful one so far. The human species could potentially develop a new system in the future. Therefore, the laws of logic would not be consistent over time. This would present a serious challenge to scientific investigations of the past, including the theory of evolution. As Bahnsen argues,

As Van Til explains, using the allegedly timeless, universal, impersonal principles of logic to make assertions regarding a reality governed by chance is a contradiction. He asks,

“[H]ow are rational assertions to be made about the irrational?” 10

An atheist might argue that the laws of logic simply describe the way the universe works. This is insufficient because the laws of logic would then be contingent entities, and there would be no reason to suppose that they are the same throughout the universe and at all times. 11 The laws of logic also cannot merely be descriptions of how the human mind works because then we would not need laws to correct faulty human thinking. 12 Instead, if we are products of mechanistic and impersonal natural forces in a closed system, then our thoughts and rules of reasoning are also parts of that system. Any check against false conclusions would still be a part of the system which produced the false conclusions. As C. S. Lewis writes:

“If the solar system was brought about by an accidental collision, then the appearance of organic life on this planet was also an accident, and the whole evolution of Man was an accident too. If so, then all our thought processes are mere accidents—the accidental by-product of the movement of atoms. And this holds for the materialists and astronomers as well as for anyone else’s. But if their thoughts—i.e. of Materialism and Astronomy—are merely accidental by-products, why should we believe them to be true? I see no reason for believing that one accident should be able to give a correct account of all the other accidents. It is like expecting that the accidental shape taken by the splash when you upset a milk-jug should give you a correct account of how the jug was made and why it was upset.” 13

It also will not work for an atheist to say that he uses the laws of logic because they work. This response misses the heart of the problem. The question is not whether logic works. First, as Lisle explains,

“The question is why do they exist in the first place? How can the evolutionist account for absolute standards of reasoning like the laws of logic? In an accidental evolutionary universe, why would there be universal, unchanging standards?” 12

Second, how can a materialist worldview account for non-material laws? If an immaterial entity can exist, then one must consider the possibility that an immaterial God does in fact exist. 14

In the Christian worldview the situation is quite different. God is eternal, immaterial, omniscient, omnipotent, omnipresent, and sovereign. According to Lisle,

“Since the God of Scripture is immaterial, sovereign, and beyond time, it makes sense to have laws of logic that are immaterial, universal, and unchanging. Since God has revealed Himself to man, we are able to know and use logic.” 15

The God who created the universe and our minds is also “the author of all truth, wisdom, and knowledge (Proverbs 1:7; 9:10; Colossians 2:3)”, as stated by Bahnsen. 16 This provides an objective and unchanging foundation for logic which is consistent in all places and at all times.

The laws of logic are not standards outside of God, or standards which he created, but instead are a reflection of his eternal, consistent nature. As Bahnsen states,

“The laws of logic reflect the nature of God, for in Him we find perfect coherence.” 16

Because God is both eternal and not dependent on anything else, logic has a firm foundation in him. People are created in God’s image, and so they reflect that in their ability to think logically. This also coincides with the rational order of the universe, which is not surprising because the same God created both mankind and the rest of the universe. An atheist does not have such a foundation.

An atheist can and will use the laws of logic, but he ultimately cannot account for them. As Bahnsen explains,

“Once he tries to justify universals and the laws of logic, he steps out of his worldview and into yours.” 17

An atheist may object that he can affirm and use logical reasoning even though he does not believe in God, but that is not the point. As Lisle explains,

The atheist can use logic because God has created mankind in His own image and has given him the ability to think logically. 18 The important point is that there is no way to account for the objective and consistent validity of the laws of logic without the existence God, regardless of whether a person believes in Him.

Consider for example the law of non-contradiction which states that something cannot be both A and non-A at the same time and in the same sense. What foundation does an atheist have for this law? He can say that everyone uses it and that one must use this law in order to argue at all. This, however, does not provide a foundation for the law of non-contradiction or prove its validity but instead merely illustrates that humans naturally think in this manner. According to Bahnsen,

“The autonomous man must be pressed to explain the necessity of the laws of logic.” 19

The autonomous man denies that there is a sovereign God in control of all of history, and so there is no basis for order in the universe or a coherent pattern in history. Bahnsen explains that,

“[i]dentity and distinction become blurred when all ‘order’ is contingent. No system of truth could be possible in a chance universe.” 20

If there is no sovereign purpose behind all reality, then reality is irrational at its foundation, and therefore, as Bahnsen states,

“…the autonomous thinker comes into direct contradiction with himself: he simultaneously affirms the rationality of all reality (it must be so since his mind must be able to think through the facts) and its ultimate irrationality (there is no sovereign God according to whose plan history proceeds).” 20

”Laws of Logic are contingent upon God’s unchanging nature. And they are necessary for logical reasoning. Thus, rational reasoning would be impossible without God.” 21

The atheist must (consciously or unconsciously) borrow logic from the Christian worldview which bases logic in God. The atheist therefore argues based on borrowed capital. Lisle says that

“[a]n evolutionist is a walking bundle of contradictions. He reasons and does science, yet he denies the very God who makes reasoning and science possible. On the other hand, the Christian worldview is consistent and makes sense of human reasoning and experience.” 22

“Ultimately, only a biblical creation worldview can make sense of all the things we take for granted.” 23

The eternal, omniscient, rational, and personal God created the world and the human mind. The laws of logic are intelligible because of Him.

Proverbs 1:7 – “The fear of the Lord is the beginning of knowledge; fools despise wisdom and instruction.”

Colossians 2:1-3 – “For I want you to know how great a struggle I have for you and for those at Laodicea and for all who have not seen me face to face, that their hearts may be encouraged, being knit together in love, to reach all the riches of full assurance of understanding and the knowledge of God's mystery, which is Christ, in whom are hidden all the treasures of wisdom and knowledge.”