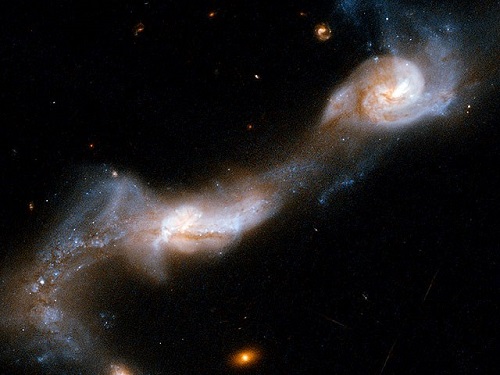 This is the 3rd in a series of articles about the cosmology by Barry Setterfield. I will give briefly an overview of the model, but so that we can cover new ground in this article rather than repeating what is online in the previous two articles, we will not go into a great amount of detail here; the previous two articles are online at The Big Stretch - Part 1 and The Big Stretch - Part 2 - Evidence, and of course, there is the book by Setterfield 1 and his website http://www.setterfield.org. Those sources contain hundreds of pages, going into much depth; I would highly suggest referring to them. In fact, one reason for writing this series of articles is to help bring those information sources to the attention of people interested in these matters of cosmology and creation.

Some of the most perplexing problems for people perusing the planets, stars and so forth, while trying to accommodate the science with the Bible, have been the following:

How indeed - but, there have been indeed scientific explanations that attempt to explain the starlight problem, as well as the problem with the radiometric dating of rocks.

Now, though, I will add some more problems for which, untill I discovered this model, there was no scientific explanation at all, to my knowledge:

This model explains, and even predicts, the above. (By predict, I refer to what the model indicates should be observed, such as the result of calculations based on the model which indicate 3 to 4 days between the first appearance of light and the lighting up of the sun.)

How? By invoking miracles?

No, by understanding science.

The beginning was a time when God poured vast amounts of energy into the universe as He stretched it out. Over thousands of years, this energy was then gradually changed into the kinetic energy of the vacuum of space, or the Zero Point Energy, ZPE. As this vacuum ZPE gradually increased over thousands of years, the result was a change of basic properties of space, which in turn caused an increased resistance to light, slowing it down over time.

The result was that not only was light faster in the past, but also some important electric and magnetic processes proceeded much more rapidly than they do today. These processes led to very rapid formation of galaxies, solar systems, planets, etc.

So, we have major components in this model:

The first point sped up the processes of the second point above.

That is the theory in a nutshell, but I am leaving out so much! If you want to learn more, check out Setterfield.org or the book Cosmology and the Zero Point Energy, 1 or see the video interview of Barry Setterfield with Chuck Missler at https://www.youtube.com/watch?v=wM1fJF7IIUs.

One argument against the model that could be brought forth is that the changes in light speed and other constants are no longer found by more recent experiments.

This is in no way contradictory to the model. This needs a bit of clarification.

The posited increase in ZPE due to the initial stretching out of the cosmos would have only taken less than 3,000 years. We are now well beyond (thousands of years beyond) that period. So it should not be surprising if there are no measured changes in the so-called constants.

But wait! Haven’t we claimed that the most recent 300 years of light speed measurements show a decline in light speed? How can we have it both ways?

The answer is simple.

After the initial “thickening” of the ZPE, and after the completion of the stretching out of the universe, the universe then may simply oscillate. A paper by Halton Arp and Narlikar 2 deals with this and shows that the universe need not be expanding in order to remain stable, but may also oscillate in relatively minor ways and still remain stable. These oscillations would slightly increase and decrease the density of the ZPE. Since their exact nature, frequency, duration and extent are unknown, they cannot be predicted exactly at the current time. These minor oscillations would, however, affect the constants just as the theory predicts: the constants would change, in sync. For example, as c (the speed of light) increases, Planck's constant, h, will decrease, and vice versa. Measurements tend to support this correlation, which in turn supports the stochastic electrodynamical model of the cosmos.

Arguments for the Setterfield Plasma-ZPE Model

Arguments in favor of the Setterfield model are listed below. I will use the word "predict" in the sense of the model/math agreeing with the "prediction." For example, the math of the model can be used to calculate that there would be light on day 1, etc.

It predicts light appearing on day 1.

Calculations based on this model indicate light would have been visible on earth 12 hours into day 1. 3

It predicts light before the sun lights up.

This model predicts that light would exist from astronomical sources other than our sun, and would reach our solar system before the sun lit up. 3

It is consistent with the sun forming and lighting up after the earth already existed (star / planet formation ordering).

There is agreement between prediction of planets forming before their stars light up, with the sun lighting up on day 4 of creation week.

Strange as this may seem, this is one aspect of the model that lies inherently solely within one of its 2 components, plasma cosmology. Anthony Peratt has written that stars can light up after their planets form, when plasma and electromagnetic effects are taken into consideration. 4,5,6

This model indicates that stars may light up after their planets form.

It predicts a time frame such that the sun indeed would light up on day 4 (star / planet formation timing accurately).

Based on astronomical data involving Population I and II stars, the model gives a difference of 3.4 days 3 from day 1 to the lighting of the sun on day 4, which strikingly agrees with Genesis; the difference between day 4 and day 1 is 3 days, and since we don’t have the exact time of the day when events happened, 3.4 days fits perfectly into this biblical chronology.

This model indicates, from calculations based on astronomical measurements of Population I and Population II stars, a time of approximately 3.4 days between the appearance of light (day 1) and the lighting up of the sun (day 4). 5

It predicts night and day before the sun lit up on day 4.

One might ask, how were there days, mornings and evenings, before the sun lit up on day 4? This model can account for that also. There would have been light, starting on the first day, from a quasar at the center of the galaxy. This would provide light from a single direction, like the sun does today. See the illustration of a quasar, which make this point obvious. 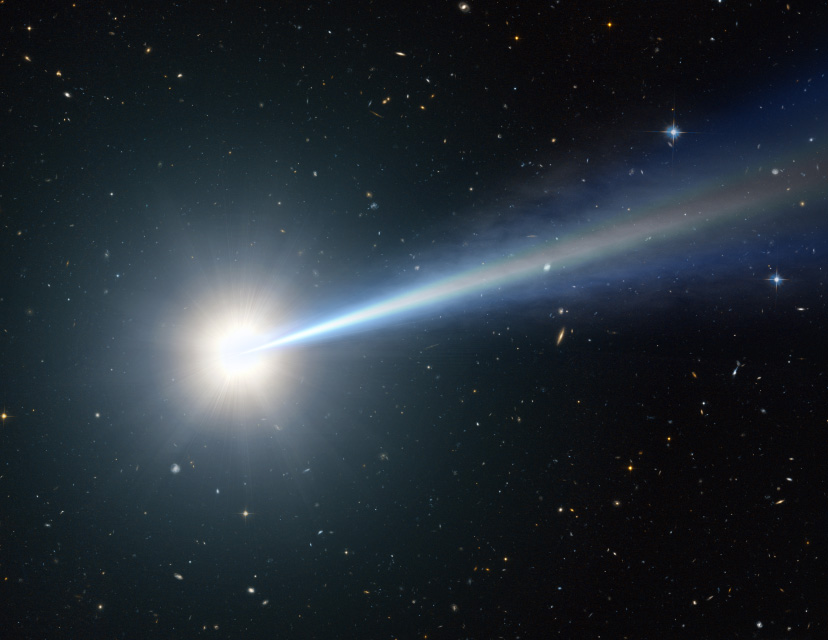 The model agrees with Biblical chronology. I noted in the second article of this series that the actual age of astronomical objects, as well as the actual age of radiometrically-dated objects (rocks), can be calculated using this model. We will look at the calculated age of the universe from the calculations of the model and compare this with when creation week occurred according to the most ancient available biblical texts.

Setterfield has researched the most ancient LXX (also known as the Alexandrian Septuagint) and has written about the chronology it provides. It differs from the conventional biblical chronology in some points, though not all; for example, per the LXX, Adam is 230 when Seth is born, while the King James Version has Adam only 130 when Seth is born. I will provide the dates below that Setterfield reported from his research into the LXX, but you can check his research out if you want. 7

Prediction of the date of Day 1 of Creation Week

The LXX indicates about 5810 BC as the time of the creation week of Genesis. When Setterfield performed his calculations translating the measured age of the universe to real years, according to the model, with various calculation methods, the LXX date always agreed with the calculation results, with the observed data indicating conventional 13.7 or 14 billion years, while the LXX date corresponded to the range of 12 to 15 billion years. Setting the beginning of creation to the LXX date, 5810 BC, which falls within the date range the model provides for the beginning of the universe, agrees with the model, results in other dates from calculations based on the model with this as a refereence point, which are described below, which are amazingly close to the dates based on the LXX for major Biblical events such as the Flood of Noah. 10

Agrees with the time of Noah’s Flood

The model indicates the flood would have occurred 2255 years after creation (AC). The oldest known manuscript of Genesis, the LXX, gives the flood date as 2256 AC. There is only one year’s difference.

Agrees with the time frame of tower of Babel event

The model indicates the Tower of Babel event occurred about 2535 AC. The LXX again shows the date to be about 2550 AC. The difference is about 15 years; note the Biblical date is not exact, so getting a match this close is very impressive. (Note that the LXX was not just written to fit with the model, and could not have been; it is thousands of years old.)

The model indicates the time that the earth was divided, in the days of Peleg, was about 2780 years AC. The LXX manuscript puts the Peleg continental division at about 2775 years AC. The difference is only 5 years.

This model gives the time of the flood within one year, and other events withing 5 to 15 years. This is amazing; what other scientific model, based on physics and astronomical data, can do this?

In addition to these dates, we recall the problems solved: radiometric dating, starlight and the age of the universe, the earth’s existence before the sun lights up, light on day 1 before the sun lights up on day 4, and even the timing of first light (this would be on day 1), and also the time between first light and the lighting of the sun - 3.4 days.

The amazing thing is that multiple dates give such a close match between the LXX and calculations based on the model; one date source being the oldest known text of Genesis, and the other a very modern, recent scientific model.