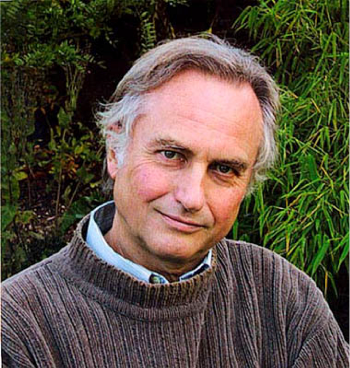 In The Magic of Reality: How We Know What's Really True, Richard Dawkins explains his view of how people can determine what is real and what is mythical or imaginary. Most of the chapters discuss a topic of scientific study, such as atomic physics, biological diversity, and cosmology. Dawkins usually begins by presenting mythological explanations (and some biblical explanations) of such phenomena and then presents an alternative explanation from the perspective of naturalism—a worldview which rejects a supernatural reality and asserts that all reality can be explained by appealing to natural laws and processes. 1

In chapter one, Dawkins explains two means by which people can know what exists. First, people use direct observation through the five senses. Sometimes this requires the use of aids, such as microscopes and telescopes, and some phenomena require indirect observation, such as atoms. He says that scientists will continue to learn more about such topics and concludes:

That is the wonder and the joy of science: it goes on and on uncovering new things. This doesn’t mean we should believe just anything that anybody might dream up: there are a million things we can imagine but which are highly unlikely to be real—fairies and hobgoblins, leprechauns and hippogriffs. We should always be open-minded, but the only good reason to believe that something exists is if there is real evidence that it does. 2

A person’s worldview clues him as to the nature, structure and origin of reality. It tells him what are the limits of possibility. It involves a view of the nature, sources and limits of human knowledge.... Worldviews determine our acceptance and understanding of events in human experience, and thus they play the crucial role in our interpreting of evidence or in disputes over conflicting fundamental beliefs. 7

Throughout The Magic of Reality Dawkins employs the presupposition of naturalism. All reality must be evaluated through empirical observation, and all phenomena have purely natural explanations. He argues that a supernatural explanation is never appropriate:

Indeed, to claim a supernatural explanation of something is not to explain it at all and, even worse, to rule out any possibility of its ever being explained. Why do I say that? Because anything ‘supernatural’ must by definition be beyond the reach of a natural explanation. It must be beyond the reach of science and the well-established, tried and tested scientific method that has been responsible for the huge advances in knowledge we have enjoyed over the last 400 years or so. To say that something happened supernaturally is not just to say ‘We don’t understand it’ but to say ‘We will never understand it, so don’t even try.’ 8

In chapter twelve of The Magic of Reality, Dawkins considers several miracle claims. In each example he either seeks a naturalistic explanation or argues that the claim is merely fictional. In the case of Jesus turning water into wine he says that the thought of water turning into wine “would violate some of the deepest scientific principles we know.” 9 He argues that “because it is so very plausible that the story is fiction, we don’t need to trouble ourselves to think about conjuring tricks, still less about real miracles that violate laws of science and overturn everything we know and understand about how the universe works.” 10 He applies his alternative explanation approach to all miracle claims and then appeals to his earlier rejection of the supernatural:

Suppose something happens that we don’t understand, and we can’t see how it could be fraud or trickery or lies: would it ever be right to conclude that it must be supernatural? No! As I explained in Chapter 1, that would put an end to all further discussion or investigation. It would be lazy, even dishonest, for it amounts to a claim that no natural explanation will ever be possible. If you claim that anything odd must be ‘supernatural’ you are not just saying you don’t currently understand it; you are giving up and saying that it can never be understood. 11

A naturalist’s presuppositions require that he challenge any miracle claim and to instead explain it as fiction or as result of purely natural causes. 12 In a section entitled “Today’s miracle, tomorrow’s technology” in chapter twelve, Dawkins argues that many current technologies would have been considered miraculous centuries ago and that if we were exposed to future technologies we may consider them miraculous.

There are things that not even the best scientists of today can explain. But that doesn’t mean we should block off all investigation by resorting to phoney “explanations” invoking magic or the supernatural, which don’t actually explain at all. 13

Dawkins concludes that the idea of the miraculous is nonsense. If an event appears to defy scientific explanation, then one can be assured that either (1) it did not happen or (2) it exposes a shortcoming in current science and that we should not rest until we have developed a scientific explanation. This may require a radically different science, but it would be lazy to say that the event was supernatural, “and until we have found a proper answer to the mystery, it’s perfectly OK simply to say, ‘This is something we don’t yet understand, but we’re working on it.’ Indeed, it is the only honest thing to do.” 14

Dawkins’ arguments rest on two assumptions which he makes no serious attempt to defend. First, he assumes the uniformity of nature or that there are universal laws of nature. This is such a universally held assumption today that people rarely stop to evaluate it, but why are there laws of nature? Why must the universe always behave in predictable ways? Dawkins does not define what laws of nature are, but in The Grand Design Stephen Hawking and Leonard Mlodinow give a helpful definition:

Today most scientists would say a law of nature is a rule that is based upon an observed regularity and provides predictions that go beyond the immediate situations upon which it is based. 15

Bahnsen explains that “scientific investigation is only possible in an orderly, rational, coherent, unified system.” 16 Scientific laws cannot exist without the uniformity of nature. People expect the universe to continue operating in the same way because it always has done so. Scientists can make predictions of how the universe will behave in the future based on past observations, but as Bertrand Russell argues in his explanation of the inductive principle, these observations only tell us about the past. The assumption that the future will be like the past is just that—an assumption. Past predictions have been proven true, but that argument still appeals to the past and still begs the question. It does not answer why such uniformity exists and what guarantee we have that it will continue to exist. 17

If there is no transcendent governing order behind the universe, then the only “assurance” of uniformity is this inductive principle. A purely atheistic and naturalistic worldview ultimately provides no basis for the assumption of uniformity beyond particular, finite observations of past events followed by an inductive leap. If no God is in control, if there is no plan behind history, then we ultimately do not have a reason to expect the universe to operate in a uniform manner. Scientific investigation, however, is impossible without assuming uniformity. 18 Bahnsen concludes:

For a Christian, however, assuming uniformity is not a problem. If there is a rational God who designed and sovereignly governs the universe and who reveals the regularities of the universe (Gen. 1:14-19, 8:22; Eccl. 1:5; Jer. 5:24, 33:20), then there is a firm basis for this uniformity. 20

Dawkins also claims that such explanations are lazy and dishonest because they amount to giving up on finding an explanation. On the contrary, refusing to test his own explanations against the standards that he applies to everyone else and refusing to even consider a supernatural explanation (due to his undefended and unquestioned presuppositions) is both lazy and dishonest. He says we should be open-minded and may someday need to develop a radically different understanding of science, but such open-mindedness is not open to an understanding that does not fall in line with contemporary naturalism. Apparently, that facet of naturalistic science must never be changed.

Dawkins says that science has explained many phenomena which were once thought to be supernatural. He argues that phenomena may currently defy natural explanations but that there is no reason to believe that they have supernatural origin. Science has explained phenomena that we did not understand in the past and has developed technology that we would not have understood, and it will continue to do so. 21 He essentially argues here that the “god of the gaps” is progressively being replaced by science. He does not seem to realize that he is simply replacing an alleged god of the gaps with a naturalistic science of the gaps, replacing one object of faith with another object of faith. God is also not a gap in the Christian worldview but is instead the foundation which makes scientific explanation possible and worthwhile. 22

The goal of The Magic of Reality is to train readers to view the world from a naturalistic, and even anti-supernaturalistic, perspective. The problem for Dawkins is that a Christian has a firm basis for pursuing science based on his worldview, and he can do so with zeal and dedication while not compromising his belief in God, but within a purely naturalistic worldview there is no firm basis. 23