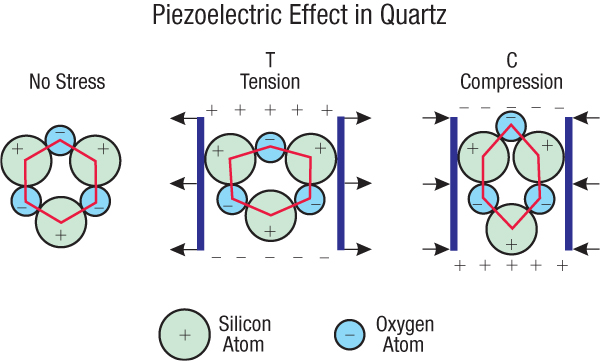 Dating methods based on radioactivity have been used to indicate a vast age, in the millions or billions of years, for certain rocks. However, in some cases, other methods yield much younger ages. For example, some zircons have been radiometrically dated to about four billion years old. The decay process for the zircons involves alpha particle emission from uranium and/or thorium inside the zircon. An alpha particle is simply a helium nucleus, which will quickly gather up two electrons and become a helium atom. The problem with dating zircons is that the amount of helium in the zircon, presumably from alpha particle generation, indicates an age of only a few thousand years. 1

Before answering this, consider this question: What happens in nuclear reactors? Why, radioactive decay happens. And this decay is managed—control rods are used to speed or slow the reaction. So, the answer to the first question is, “Yes, radioactive decay rates can indeed be changed and are actually changed in practice.”

First let’s consider how one might change the radioactive decay rate, and the we will see whether such conditions existed in nature. Altering temperature from close to absolute zero to over 4,000 degrees Fahrenheithas failed to appreciably alter radioactive decay rates. High magnetic fields and high accelerations also have failed. However, high pressure has been found to change the decay rate for some isotopes. 2 ,3 This can be explained by the fact that high pressures would squeeze electrons closer to the nucleus, increasing the likelihood of electron capture by the nucleus. Electron capture results in the transformation of a proton into a neutron, which is the opposite of what happens in radioactive beta decay, when an electron is emitted by the atom.

If increasing the likelihood of electron capture can “reverse” beta decay, then what if we decreased the chance of electron capture? Could this increase the rate of decay? Indeed, the rate did increase under this condition in experiments performed by Dr. Fritz Bosch with the rhenium atom. Hefound the result to be a vast speedup of radioactive decay, by a factor of over a billion! 4 What does this mean? If we used a radiometric dating method to analyze the sample that Dr. Bosch used and assumed the accepted “normal” decay rate, then we would think it took a billion times longer for the radioactive material in that sample to decay to the amount we measured instead of the short time it actually took.

Can you see the implication of this for the radiometric dating that has been used “across the board”in science? Dr. Bosch’s experiment implies the age of the material could be vastly younger than the measurement may seem to indicate. In fact, patents have actually been granted (e.g., US patent 5076971) for devices which utilize electrical devices to vastly speed up the decay rates of radioactive materials, for the purpose of decontaminating radioactive waste. 5 The electrical influence on radioactive decay rates is consistent with the fact that free neutrons, that is, neutrons that are not confined to an atomic nucleus, have a half-life of only minutes, while the half-life of a neutron inside an atomic nucleus is millions of years. One obvious difference is that inside a nucleus, the neutron is closely surrounded by electrically charged particles.

According to the Hydroplate Theory 6 , there was in earth’s history a time when there would have been sufficient electrical forces generated to alter the radioactive decay rates of earth’s radioactive materials. Here is the background needed for this explanation.

When quartz is placed under pressure, there is a voltage produced (Fig. 1, front page). Under tension, the opposite of compression, there is also a voltage produced with a reversed polarity. This inducement of voltage via pressure/tension is caused by the fact that, although the overall electrical charge of the quartz molecule may be neutral, there are regions of the quartz moleculethat have a slightly more positive charge and other regions with a more negative charge. Forces that slightly deform the molecule move these regions, thereby moving the electrical charges present in those regions. Redistribution of electric charges results in changes of voltage across those regions.

This piezoelectric effect of quartz working through the pressure generated by earthquakes, has been known to produce electrical activity in granite, which is about 27% quartz. For example, during earthquakes, people have described the sky lighting up, ribbon-like flashes of light-ning, globes of fire and sheets of flame. Also, iron has melted during an earthquake—an effect which could easily be due to the heating caused by electrical fields in the conductor, iron. 7

The source of the (mechanical) force

So, what could possibly have happened in earth’s remote past to cause piezoelectric voltages, sufficient to alter radioactive decay rates? According to the Hydroplate theory, there were, before the Flood of Noah, large underground chambers of water. The crust above these water chambers was about 10 miles thick. Granite pillars supported the crust above the chambers. The quartz crystals in the granite of those pillars were aligned (due to the way the quartz crystals were formed, i.e., by extrusion and by the effect of tidal forces). Each crystal acted as a tiny battery, and since there was an alignment of the crystals, the result was the accumulation of electrical voltages (and thereby electrical currents and forces) resulting from each crystal’s piezoelectrically induced voltage changes.

As the crust broke open and the water surged up, leading to the great flood, the pressures involved in the breakup of the crust and the pressures in the pillars would be changing and be greatly increasing in cases of fracture, bending, and breaking of rock layers and granite pillars. This would have caused piezoelectrically generated electrical force inside the earth’s rock layers. If the electrical force was great enough, this could have altered the radioactive decay rate in those rock layers.

The undulating crust that is familiar to many in the case of earthquakes would be many times greater at this historic period when the earth’s crust broke open, and “the fountains of the great deep” were opened. This undulation of the crust would result in tension and compression in the crustal rock. Evidence of this bending of the crust is found in lineaments, parallel linear structures of unknown origin, along which earthquakes tend to occur. 8 The undulating crust would have caused the surface to fracture in just such parallel lines as these lineaments.

The electrons flowing through the rock would have encountered atoms of various sizes and types, resulting in acceleration/deceleration of the electrons. This acceleration produces bremsstrahlung radiation, which in turn produces free neutrons in surrounding material if the energy of the radiation is high enough. 9 These neutrons could affect the rate of radioactive decay.

High energy electron flow inside solids can also produce heavy elements that will then decay into typical elements found in earth’s crust. This has been observed in experiments performed in Kiev, Ukraine. 10 ,11 The reported result of these experiments was the creation of isotopes of elements that are found in the earth’s crust but which were not in the original material of the experiment. The energy output of some experiments was greater than the electrical energy input, and this, plus the appearance of newly formed elements, suggested that fission and/or fusion must have occurred to account for the energy. Also, the fission/fusion would have had to have occurred at an accelerated rate to account for the observed results.

At the Flood, electrical currents due to the mechanisms mentioned above could have vaporized the rock, and thiswould have led to vastly increased pressures in the rock. This pressure could then lead to more piezoelectric effects. 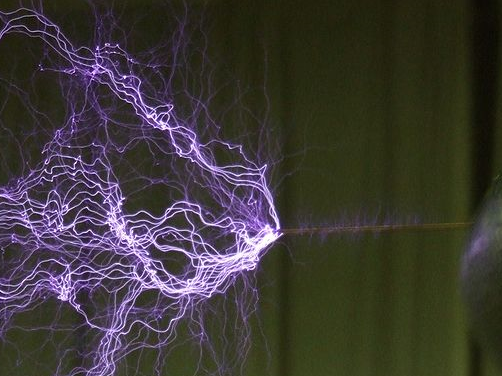 Figure 2 - Threads of light representing roughly parallel flows of electric current in a plasma. The electricity flowing through these parallel strands results in electric and magnetic fields which interact in a way that pulls, or squeezes, the strands of flowing electric current together. This same force, occurring in electricity flowing through rock, could have squeezed atoms together, resulting in fusion.

Another effect that could have been present during the Flood’s crustal rupture is known as z-pinch (Fig. 2). The path taken by closely placed, nearly parallel, electrical currents are subject to a constricting effect, known as the z-pinch, 12 which would force nuclei closer together. Recall that pressure (i.e., forcing things closer together) has been shown to affect decay rates, and the z-pinch would move particles into closer proximity to each other. Thus, it would seem that the z-pinch effect would contribute to the mechanisms involved in altering the radioactive decay rate of material.

The flood was a time of great physical stress in the earth’s crust, in the opening of the “fountains of the great deep.”The result of this stress was piezoelectrically generated electrical forces, which in turn could have altered decay rates through the mechanism elaborated above, leading to greatly accelerated decay. These events would cause today’s methods of dating to give erroneously old dates.