Part I mentioned helium retention in zircons and young carbon 14 dates as evidences for a recent creation and for an acceleration of decay rates in the past. Such an increase in decay rates should have more of an effect on ages computed from isotopes with long half-lives than elements with short half-lives.

Also, alpha decay and beta decay use different processes. Therefore they may not be affected the same amount by an increase in the decay rate. So discordances between alpha and beta decay ages are an evidence of disturbed decay. To sum up, the following are the evidences one would expect from accelerated decay in the past: Carbon 14 ages should be much younger than other isotopic ages like K-Ar, U-Pb, et cetera. Alpha and beta ages should differ. And ages computed from elements with long half-lives should be more affected than ages computed from elements with short half-lives. 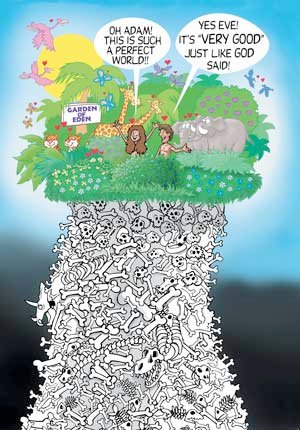 If you add millions of years to the Bible, this is what you get.